With the year coming to a close, we take time to reminisce on the past year in sports. 2016 has been filled with countless games, memories, and championships that have added to the legacy of St.X’s athletic excellence. Now, as the crystal ball counts down to midnight, WSTX Sports would like to do a countdown of our own over the next few days. Let’s countdown the Top 10 Moments in Tiger Sports for the year of 2016! 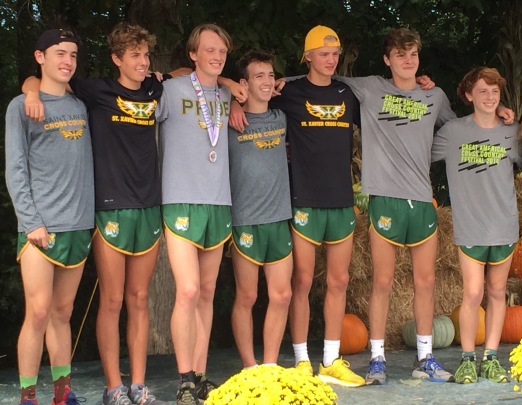 To say this year’s Cross Country team was successful is an understatement. Their third best accomplishment of the year was a state championship.

After winning a second consecutive state title, the Tigers traveled to Cary, North Carolina a few weeks later to compete in the Nike Cross Regionals.

The Tigers outstandingly placed second in the meet, only losing to Brentwood who was ranked 8th in the nation at the time. The Tigers were led by junior Patrick Schaefer who placed 15th and senior Ryan Guenthner who placed 18th. Other scorers for the Tigers were sophomore Zach Larkin, junior Cooper Marchal, and sophomore Grady Shiftlet.

With that race, they qualified for Nike Cross Nationals in Portland, Oregon for the first time since 2012. They had high hopes for the race, wanting to place in the Top 10, but ultimately fell short of that goal. They placed 13th overall which is still no feat to be upset about.

This team will go down as one of the best Kentucky has ever seen.

Posted on December 29, 2016, in WSTX Sports. Bookmark the permalink. Leave a comment.