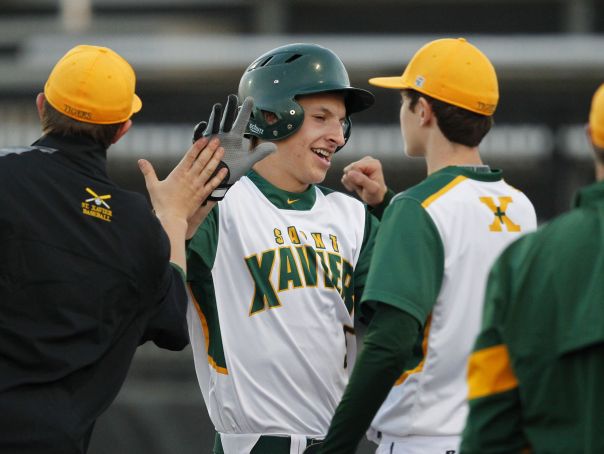 Photo by The Courier Journal

The Tiger Tennis team defeated two teams from Illinois in the opening rounds of the Edwardsville Invitational. In a match of State Champions, Illinois champ Hinsdale Central (Ill) defeated Kentucky champ St. X by the slimmest of margins. The Tigers lost a Super-breaker on the last court to lose 7-6.

The Varsity Baseball team had a productive Spring Break going 5-3 against quality competition. They had wins over Eastern, Boone County, Madison Central, Henderson County, and Union County. Their losses were to Chicago’s Brother Rice, Cincinnati St. X, and Cincinnati Elder. Their record now stands at 13-4 with a home game tonight against Ballard at 7:30.

The JV Baseball team went 2-1 over Spring Break and were handed their first loss of the season to Trinity in the Championship of the PRP tournament. Today they play at Eastern at 5:00 and look to get back to their winning ways.

Congratulations to the freshman baseball team for winning the prestigious Bullitt East spring break tournament last week. The freshmen now have a record of 15-2 and are currently riding an 11-game winning streak. The Tigers travel to Eastern tonight for a 7:30 match up.

Congratulations to senior Taylor Lawson and sophomore Shane Corrigan on their 29th place finish out of 86 boats in the Student Angler Federation State Finals bass tournament at Lake Cumberland this past Saturday. They caught several solid keepers and represented us well. There was serious talent at this tournament and many of these boats will make it to the KHSAA State Finals in mid May and compete for the title.